Get fresh music recommendations delivered to your inbox every Friday.
We've updated our Terms of Use. You can review the changes here.

from Old Blue Witch by Fit and the Conniptions 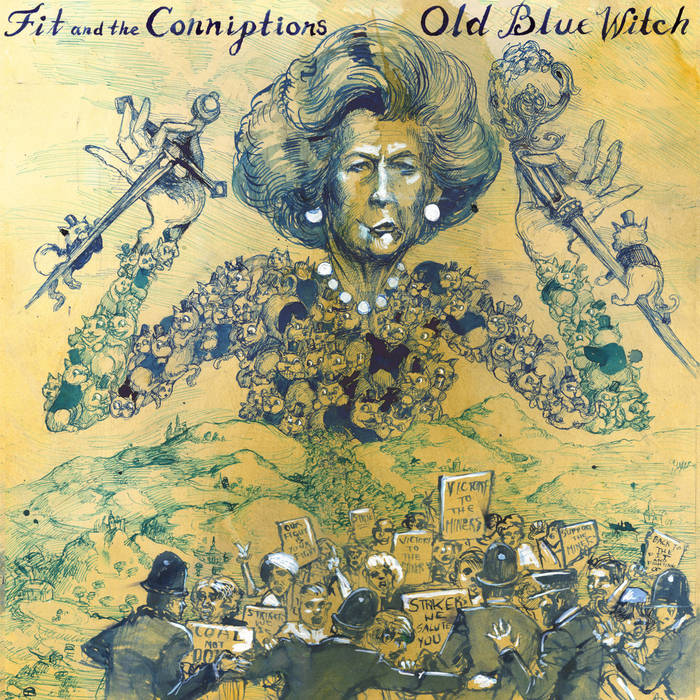 Doctor David Kelly was a quiet man of peace
A British civil servant in the arms control police
He spent the nineteen nineties working for the UN team
That oversaw the end of Saddam's bio-weapons dream.

Kelly was a scientist, his field micro-biology
No-one knew more 'bout biowarfare weapons and technology
A man of truth and science, they rewarded him so well
They made him CMG, he nearly won a Peace Nobel

Fast forward to 2002 and Bush and Blair had plans for war
Kelly got the dossier that said Iraq was ready for
The use of dirty weapons in three-quarters of an hour
Kelly knew it wasn't true and here the tale goes sour.

He spoke to Andrew Gilligan, a journo for the BBC
“I'll tell you what I know,” said Kelly. “Just don't say that it was me.”
In the storm that followed they hung Kelly out to dry.
Unusually the MoD confirmed he was the guy.

Chorus
And it was just like Kelly said.
“If the war in Iraq goes ahead,
They'll probably find me dead In the woods.”

They called it suicide.
Ain't saying that they lied.
But what Kelly knew has died with him for good.

I'm not one for conspiracies, but Kelly's death was very strange
The day he died he spoke of many dark actors playing games
They found him in the woods full of coproxamol, they said
He'd slashed his wrists as well just to make sure that he was dead.

And clever Kelly managed not to leave a print upon the knife
That slashed his ulnar artery, from which it's hard to lose your life
Both the paramedics who were present at the scene
Remarked how little blood there was – no doubt his death was clean.

But trust the British Government to clear up any mystery
They never held an inquest to this day – instead the history
Is this – they got Lord Hutton to investigate the case.
He found the BBC were guilty – Blair could save some face.

Now many questions still remain – we'll never know the truth I fear
Ask Hutton – look him up sometime – a whitewash man his whole career
But Norman Baker wrote a very interesting book
And when you're done with that you might read up on Robin Cook.

Fit and the Conniptions London

I'm Wayne Myers, a singer-songwriter from London. I've been recording and performing increasingly misnamed bluesy folk-rock under the name Fit and the Conniptions since December 2005.