Get fresh music recommendations delivered to your inbox every Friday.
We've updated our Terms of Use. You can review the changes here.

by Fit and the Conniptions 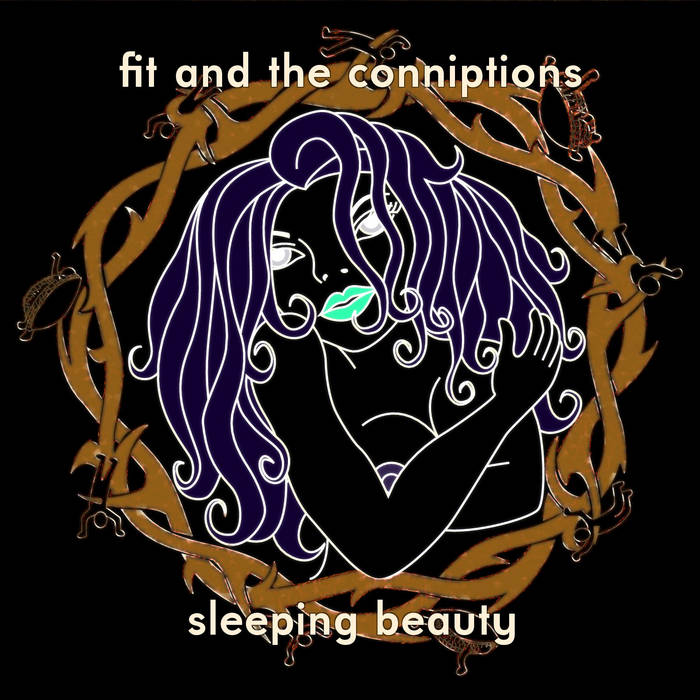 Twelve years in the making, Sleeping Beauty was my first attempt at making a proper album, back in 2002.

Trouble was, I was spending most of my time having a complete nervous breakdown in that period, so I never finished it properly.

I did release what are, to my ears, somewhat half-arsed mixes of four of the tracks as an EP under the title 'Bush Of Thorns' - see the discography below right, if you must. As anyone who knew me then will attest, I was largely a complete waste of space all round at that point in my life, but I at least managed to keep the stems from the session, and I promised myself that I'd finish it properly one day. So here it is. Finally.

When I pulled the old stems out and dusted them off, I also promised myself that I wouldn't do any extra recording of anything. I almost got away with it. But Mistress Song was badly in need of a cello part and I was very lucky to get Danny Keane to record one for me. I also had to rerecord the guitar part for Bush of Thorns as the original was completely unusable. The one I rerecorded at Bonafide Studios in 2002, which you can hear on the Bush Of Thorns EP, never turned up.

All songs by Wayne Myers

Extra recording by Wayne Myers round his place, apart from Danny's cello part, which he did.

Produced and mixed by Wayne Myers with a great deal of help from Brenda Finn.

Fit and the Conniptions London

I'm Wayne Myers, a singer-songwriter from London. I've been recording and performing increasingly misnamed bluesy folk-rock under the name Fit and the Conniptions since December 2005.